A Pure Mind in a Pure Land

How delighted I was to receive and read your letter! The sage Ch’u Po-yu, upon reaching his fiftieth birthday, looked back and realized the errors he was still committing at age forty-nine. When nearing seventy, Confucius expressed the wish to survive much longer in order to study the Book of Changes in depth and thus avoid major transgressions.

The scholarship of these sages had reached the highest level of mind and thought. Today’s scholars like to study chapter by chapter, with few showing concern for the issue of rectifying mind and thought. Thus, they peruse books all day long without understanding the true intent of the sages, their words and actions differing from those of the sages as greatly as day from night or square from round. These is no possible correspondence. We are not even speaking here of the transgressions of mind and thought; if theses transgressions were enumerated, the list would be endless!

Buddhist sutras teach followers to practice repentance constantly in order to transcend delusion and achieve Buddhahood. Thus, even the Bodhisattva Maitreya, who has attained the level of Equal Enlightenment, still pays respect to the Buddhas of the ten directions during the six periods of the day, so as to wipe out delusions and attain the Dharma body. If this is true for the Bodhisattva Maitreya, what can we say of common beings filled with heavy karmic afflictions?

If you do not feel shame and remorse, your Self-Nature may be the same as the Buddhas’, but it is hidden by afflictions and evil karma and cannot manifest itself.  Just like a precious mirror which has been covered with dust for eons, not 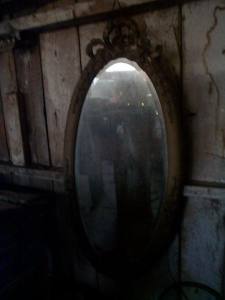 only does it not reflect light, even its reflecting nature is hidden. If you realize that the mirror already possess the nature of brightness and strive ceaselessly to clean it, the light reflected will gradually increase until it reaches maximum radiance. The mirror can then become, once more, something of value in the world.

The Mind-Nature of sentient beings is similar. Although it is intrinsically identical to that of the Buddhas, [ it is clouded ] . Thus, if sentient beings do not mend their ways, from evil to wholesome, and turn their backs on worldly dusts “to merge with Enlightenment,” their inherently virtuous nature cannot appear. Such a mind-consciousness, inherently possessing the Buddha Nature in full but busily creating evil karma and suffering – mired in Birth and Death for many eons – is no different from a dark house filled with treasure. You not only cannot make use of the treasures, you may, in fact, suffer further loss. Is this not lamentable? 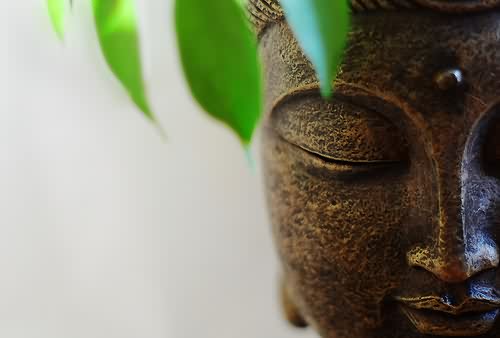 The Sutra of Hui Neng

Sutra of the Past Vows of EARTH STORE BODHISATTVA

What The Buddha Said in Plain English

What The Buddha Taught